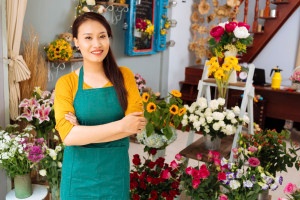 Your front line retail associates are often overlooked. The store associates are the people who interact with consumers the most and ultimately have the greatest influence on your brand representation. That’s why it’s critical for you to make the investment in training and education so your employees are representing your brand  as it should be. There are a
handful of traits that can make truly great retail employees. Here are my 4 favorite traits that create real leaders on your brand's front line. 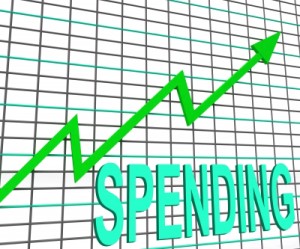 Spring has sprung and the winter is finally melting away. Apparently, along with flowers shooting up toward the sky, so is consumer spending. This month, the
LA Times published an article about the recent surge in retail sales. According to them, retail sales saw their largest growth in one and a half years during the month of March. It's the best figure seen since September 2012. "'Spring is in the air indeed,' Rupkey said. 'The economy is on firm footing today and the future looks bright,'" wrote the
LA Times. As tax refunds come through, many experts believe that we'll only see a continuous rise in retail spending. Data showed that retail sales, with the exception of automobiles, gas stations and restaurants, went up by 0.8 percent in March over February. According to the Commerce Department, seasonally adjusted retail sales grew by 1.1 percent last month.
The growth in retail sales means good things for businesses all around. It's a sign that the economy is on the rise, as consumers are spending more freely. It's also great for those with loyalty and rewards programs, who now have bigger budgets and more customers than ever to work with. There's no doubt about it, things are looking up for all of us!
Read the full article in the LA Times. 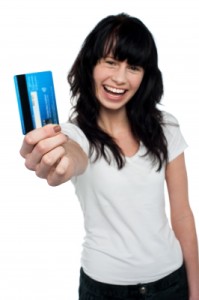 Big Trends in the Payment Business

As technology keeps expanding and growing, so do our payment systems. We're starting to see forward-thinking payment trends involving everything from mobile to loyalty rewards. Here are some of the latest movements in payment technology:
Mobile Capability With so many now owning smartphones, online shopping has seen a huge jump in mobile business. Because of this jump, companies are now placing a higher focus on mobile capability payments.  Plus, now the focus goes beyond smartphones as payment systems are also being developed and tested for tablet optimization as well.
Focus on Omniconsumers While mobile functionality is a very important factor for those in the payment industries, it's not only about mobile right now. Younger users are known for paying on a variety of different platforms, meaning the highest functioning payment systems will have to cater to a variety of different channels.
A Blur Between Physical and Online Shopping Consumers are not sold on only in-person or only online shopping. Many prefer to utilize both. That means that a majority of complaints that come from these double shoppers is centered around consistency between the products offered and product pricing. Smart companies are working to create consistency between off and online, especially when it comes to utilizing coupons and coupon codes.
Loyalty Rewards Loyalty rewards are becoming tremendously popular with consumers. Now, 73 percent of consumers carry loyalty rewards cards for their favorite businesses. And they don't keep it down to just one. One out of 10 customers carry six or more loyalty cards on any given day. This only goes to show the tremendous growth that the loyalty and reward businesses are seeing and will continue to see in years, and even months, to come.
For more information, read "The Ten Hottest Trends in Payments."